“The 2019 Rock & Roll Hall of Fame inductees are Stevie Nicks, Radiohead, Janet Jackson, Def Leppard, The Cure, and The Zombies.

“ ‘I have a lot to say about this,’ Nicks said in a statement, ‘but I will save those words for later. For now I will just say, I have been in a band since 1968. To be recognized for my solo work makes me take a deep breath and smile. It’s a glorious feeling…’

“Joe Elliott of Def Leppard is equally thrilled by the news. ‘Now we can stop holding our breath,’ he tells Rolling Stone. ‘How wonderful to be in the same club as the Rolling Stones and the Beatles and the Who and Queen. . . . It’s a nice badge of honor.’

“For Colin Blunstone of the Zombies — who have been eligible since 1989 and have appeared on three previous ballots — this was the result of incredible patience and persistence. ‘You do start to doubt that it could happen… This is a career-defining [and] life-defining moment.’

“His longtime bandmate Rod Argent echoed Blunstone’s sentiment. ‘I know it’s fashionable in some circles to say, ‘I don’t mind whether I get into the Rock and Roll Hall of Fame or not,’ he tells Rolling Stone. ‘But that is not how I’ve ever felt. When we were first nominated, that felt like a huge honor in its own right. And this time, to turn the corner and get inducted feels fantastic. . . . I’m just so delighted.’ ” 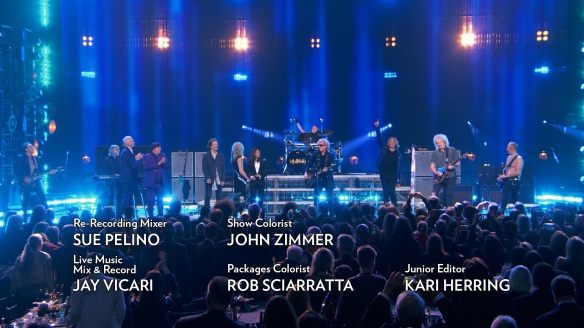