“After last fall’s controversial finale, Dancing With The Stars took a brief hiatus and skipped their standard spring season—they typically do two seasons a year—and fans have been itching for the Emmy-winning dance competition’s return. Mirror ball enthusiasts breathed a collective sigh of relief when ABC confirmed that the show will premiere on Monday, September 16 at 8:00 PM. The program will be bigger and better than ever, with expected format changes to keep the audience on their toes and make the competition more about dancing.”

On the controversial Sean Spicer: “Trump has been a great supporter of Spicer’s efforts, against all odds, to win this thing. And deplorable viewers at home have consistently overruled rock-bottom scores from the judges, ensuring he’ll live to stagger onstage, like a goofy rhinoceros, for another day…

“‘Vote for Sean Spicer on Dancing with the Stars,’ the president tweeted. ‘He is a great and very loyal guy who is working very hard! #MAGA.’

“The judges, who’ve continually voted Spicer last or second-to-last after enduring his crazy neon-green puffy salsa-inspired shirt and his creepy sailor suit in the latest installment, are trying to prevent their heads from exploding as Spicer knocks out dancers they consider more worthy.

“‘We keep throwing you out of the boat, and the viewers keep throwing a lifeline,’ said frustrated judge Len Goodman. ‘The mermaid had better feet than you,’ he said after Spicer plodded to the tune ‘Come Sail Away.’”

On James Van Der Beek’s heartbreaking exit from the show: “Before his second dance, Van Der Beek stunned the audience with news of his wife’s miscarriage. There was not a dry eye in the house as Van Der Beek told how his wife, still in the hospital, urged him on to dance. He performed a tango in her honor.

“The pain was etched on his face in the passionate dance, which added to the pathos. Inaba was noticeably weeping as she gave her thoughts and scores.

“‘I don’t know how you got through that,’ she said, wiping away tears. ‘But in the midst of all the tragedy you’re going through, you gave me great posture.’

“The judges gave straight nine scores. But with his scores from both dances, the longtime favorite Van Der Beek was very much at risk of getting voted off.”

Read the full article on the USA Today website. 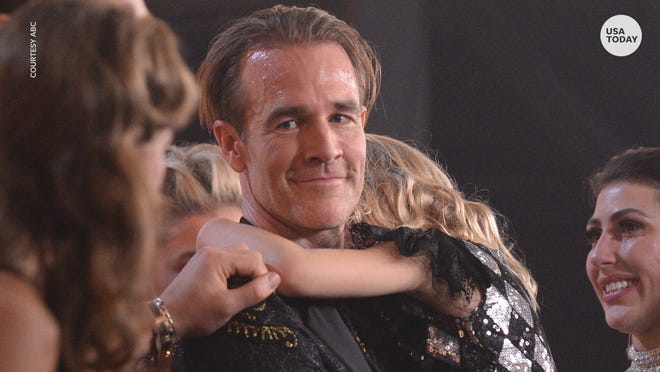 Still, the show went on: “‘The Bachelorette’ star said she was still in ‘shock’ after winning the Mirror Ball Trophy but credited a calm that came over her during the dances.

“‘I’ve always been so nervous before I perform. It’s probably been one of the biggest struggles that I’ve had. Letting those fears get into the way of the dance,’ she said. ‘But going into tonight’s performance, I felt all that dissipate.'”

Read the full article on the USA Today website. 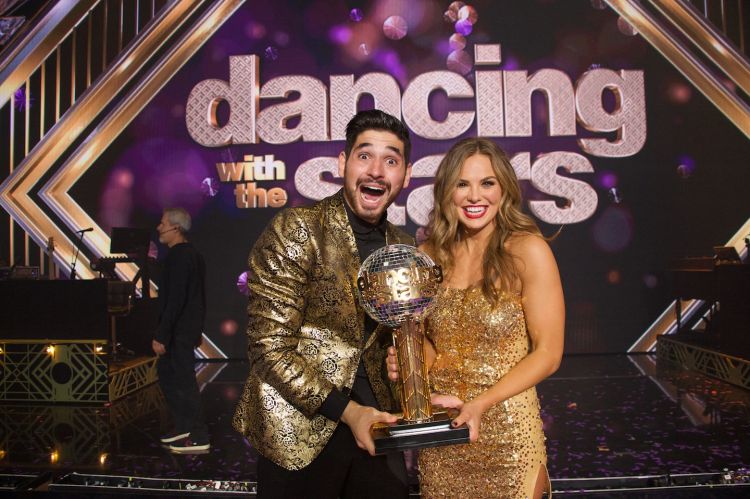