“On Thursday (July 27), the eve of Arcade Fire‘s latest album release, the Canadian rockers celebrated with a two-hour long performance at Brooklyn’s Grand Prospect Hall, a gorgeous wedding venue complete with a chandelier hung over the makeshift stage in the center of the floor.

“The rollout process of the group’s fifth studio album, Everything Now, out Friday (July 28), has been one for the books as it included everything from a fake corporation — Everything Now Corp. — to trolling Kendall and Kylie Jenner by placing their faces over their own band T-shirts. But the main event, the release show that was being livestreamed by Apple, knocked everything else out of the park.” 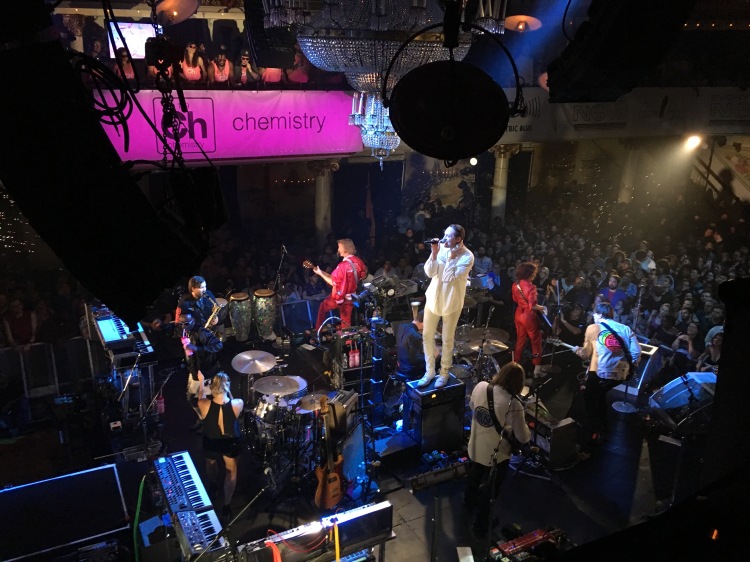 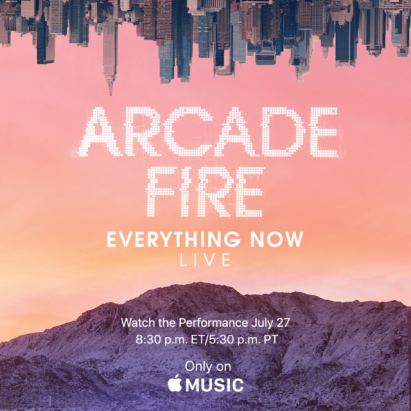 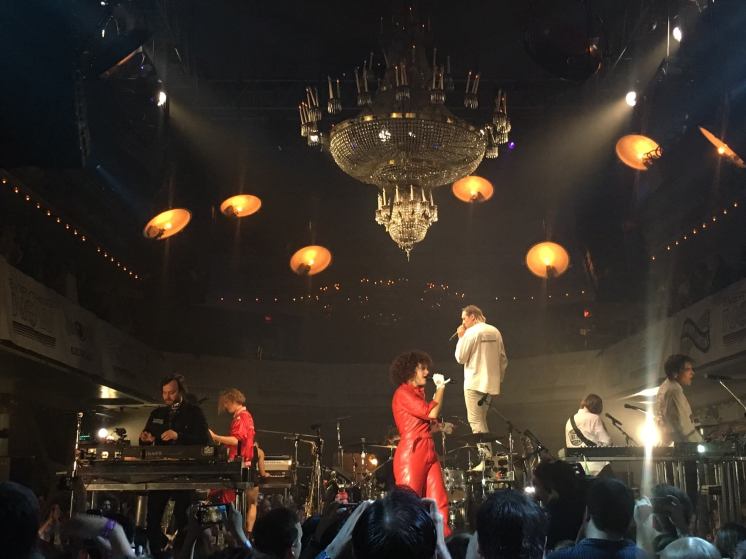